The first time I went to the State Fair was probably 10 years ago. We haven’t been back until today. I must admit, I’ve never been a big fan of the Texas State Fair. I don’t like crowded places. I hate carnival style rides. And I might get shot for this, but I don’t like the food either! Every year, they always come up with innovative fried foods. Think of Fried Butter, Fried Cheesecake, Fried Coke, etc. This year’s big winner is the Fried Gulf Shrimp Boil.

You get two small balls of fried shrimp that comes with a remoulade sauce. I carefully inspected each shrimp ball, and found probably just two small shrimps, at the most, corn, with hush puppy batter. I paid 17 tickets for this (20 tickets = $10). If you do the math, it costs $8.50. Is it worth it? Nope. To be fair, it was quite good but not that great. 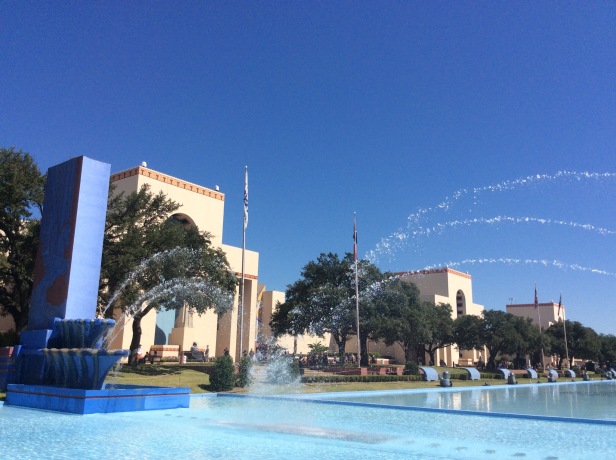 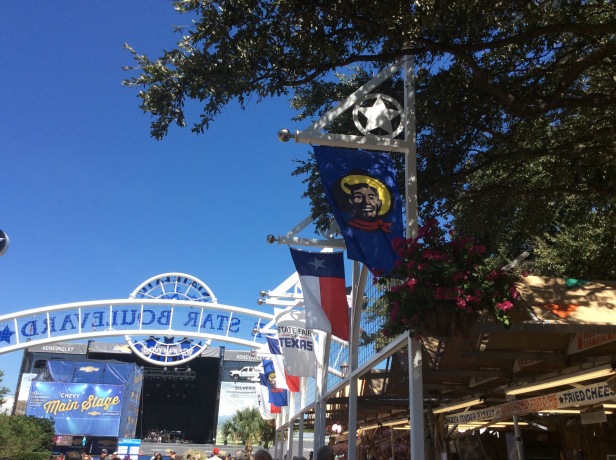 Fortunately for us, the weather today was not too hot. Texas weather is quite unpredictable, hence we can still experience summer-like temperatures in October. Just the other day, we had a storm that felt like a hurricane. The downpour was so strong and trees in some neighborhoods were uprooted. The traffic was a mess and it took me more than an hour to get to my destination that would’ve normally taken just 10 minutes. In within an hour, the sun was back as if the storm had never happened!

Back to the State Fair, the other fried food we tasted was Fried Chicken in a Waffle. These were just fried chicken nuggets inside a waffle cone drizzled with a creamy sauce. Though, instagram worthy, it was awful! I got sick eating it after a few bites but luckily, Keith was there to help me finish. I was ready to throw it away but Keith insisted on finishing until it’s all gone. Towards the end tip of the waffle, there was a tiny chocolate which I thought was a little weird.

Next one was Fried S’mores. Nothing special to report.

Enough with the unhealthy fried foods. Here was the highlight of the fair, in my opinion.

Yes! That’s right! San Antonio Philippine Dance Company! How about that—cultural dancing from my native country at the Texas State Fair! It was amusing to watch all the different types of dances from certain regions of the Philippines, that also included the Muslim region of Mindanao.

Just like what I said, I don’t like going to state fairs, and most likely I won’t be back for another ten years. If I’m lucky.