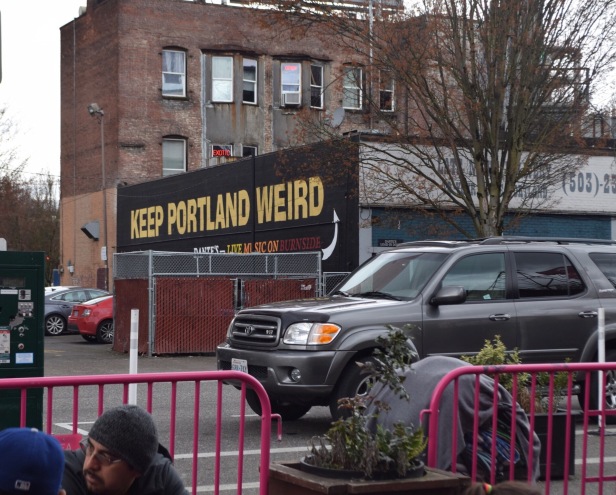 Another city with the “Keep it Weird” slogan is Portland, Oregon! When you see a man in tights, shorts over it, with leather jacket, a funky young, tattooed, homeless young lady with a cat, a midget asking everyone lined up at Voodoo Doughnuts for a spare change, and just about everyone you meet on the street has colored hair and nose rings, as if this city really needs such a reminder—Portland is awesomely weird.

But not everyone agrees. According to Alexander Barrett who wrote the book, This is Portland, Portland should stop calling itself weird because the word weird is not nice. Why not reinvent a slogan, “Keep Portland Portland!” I suppose the city is much too cool to be labeled as weird. 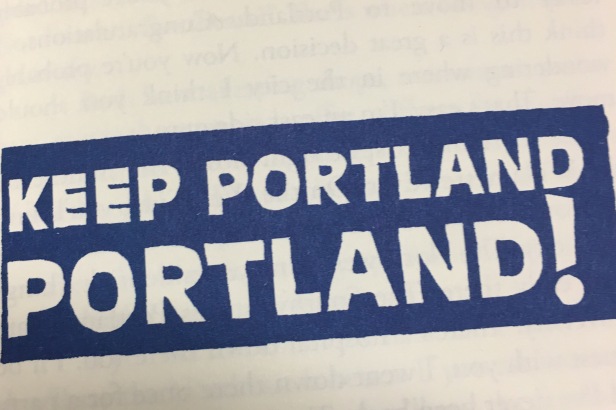 Speaking of beards, yes, I noticed most men here have beards and earring. But there’s gender equality when it comes to tattoos, colored hair, and nose rings.

But it being weird isn’t the only trait why people fall in love with this city.

They have cherry blossoms 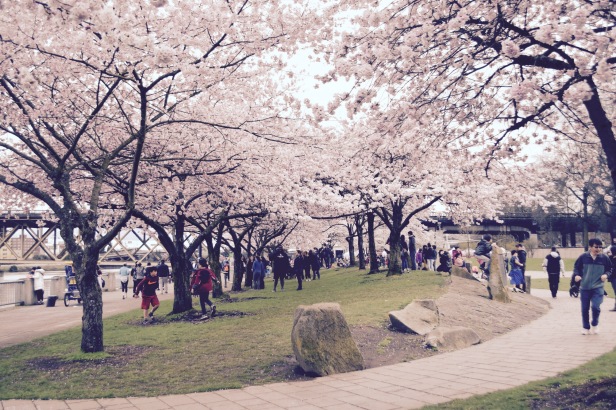 They have beautiful gardens 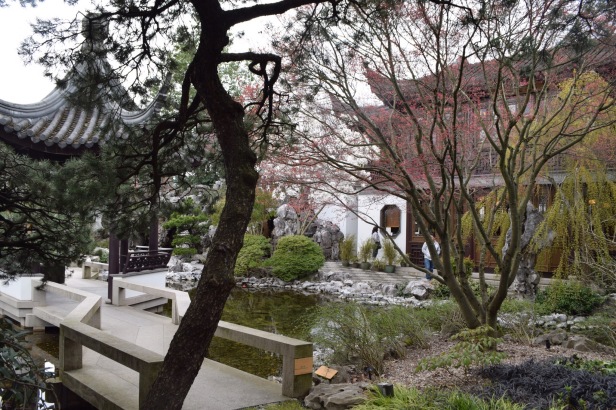 They have the Pittock mansion on top of a hill

With an amazing view of the city

They have spectacular waterfalls

Like any great city in the world, Portland, too, has an amazing food scene.

Oh and did you hear Portland is the food truck capital of the world?

And also famous for its music culture!

This post is sounding like the one I wrote recently. Oh, yes, that’s Austin, the other weird city in America!

But unlike Austin, Portland is “beervana.” If you are a beer drinker, you’d think you died and went to beer heaven because the city is known for its cool and awesome microbreweries.

Beer is not only their crowning glory. They have the best sea salt caramel ice cream to die for that I had to go back to get more the next day. And I don’t even have a sweet tooth!

But Portland seems to have a sweet tooth because it has that quirky doughnut shop that people wait in line for. 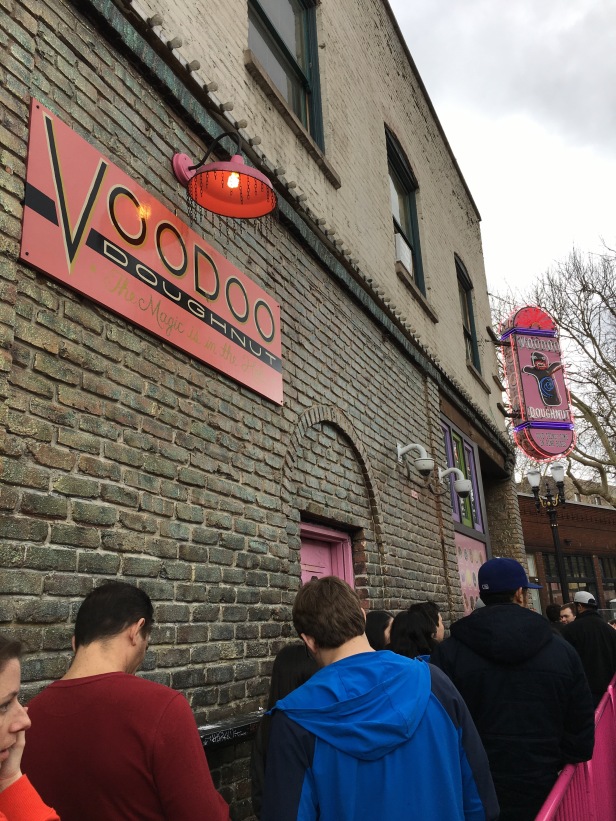 What sets Portland apart from the rest of the cities in America is the amazing Powell’s City of Books. You’ll actually need a map to navigate your way around here. Book lovers like me will call this the bookstore of their dreams. I’m not joking when I say I’d move to Portland just for Powell’s!

But the best thing about Portland is their progressive values, welcoming people of all kinds. Most retailers have hung posters in their windows to proclaim their store as a safe space for all races, all religions, all countries of origin, all sexual orientation, and all genders.

Unfortunately, as amazing as the city sounds, the weather isn’t. It rains eight months out of the year here. And dodging the rain can be challenging. But it is still possible to get around and enjoy the city, you just have to be creative and resourceful of course! And since I’ve been doing personal challenges this year, rainy Portland became my personal challenge #4: how to do Portland in the rain.

But you’ll need to wait for my next blog 🙂

8 thoughts on “The amazingly weird yet too cool Portland!”