If you’re like me who’s been to New York City many times and are no longer interested in seeing the touristy route, or it’s your first time in the city but hate the usual tourist crowd, here are alternative ways to see some of the famous spots yet still enjoy New York City as a tourist but also feel like a local. 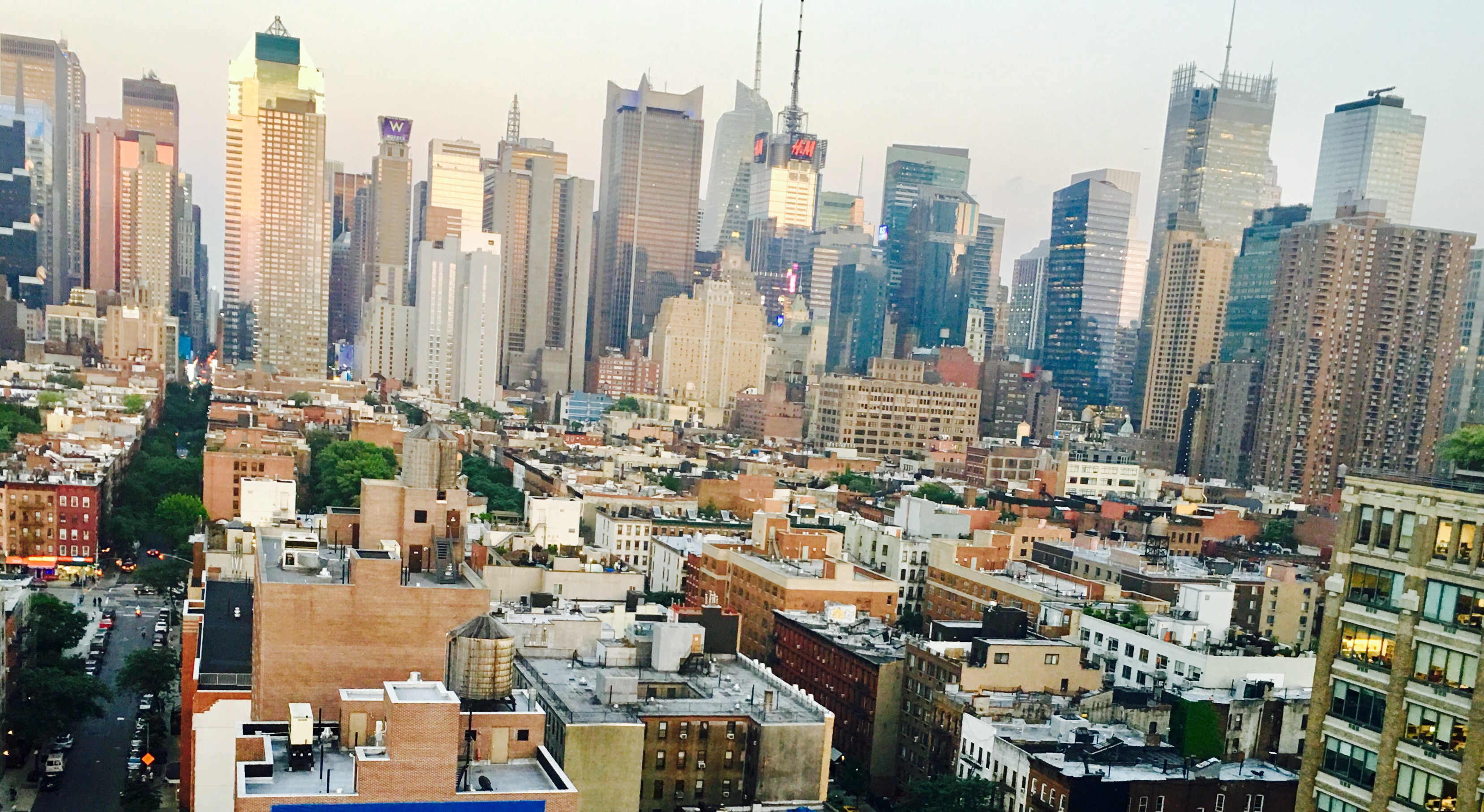 When I was there a few weeks ago, I went rooftopping twice, a great alternative to  Empire State or Top of the Rock. You won’t only get to see the breathtaking views of the Manhattan skyline but you’ll also get to enjoy it with a cocktail or two. And the best part—people watching (it’s what you do in New York City)! I recommend The Press Lounge located on the 16th floor of the Ink48 Hotel, 653 11th Avenue in Hell’s Kitchen neighborhood. And if you feel like splurging on your night out, you can eat at their sister venue, Print, located on the ground floor of the hotel. You can bypass the lines to the rooftop if you dine there (there wasn’t a line when I went). And make sure to say hi to their manager, Orlando, for me. He treated me to a nice cake and bubbles on my birthday! 🍾🎂 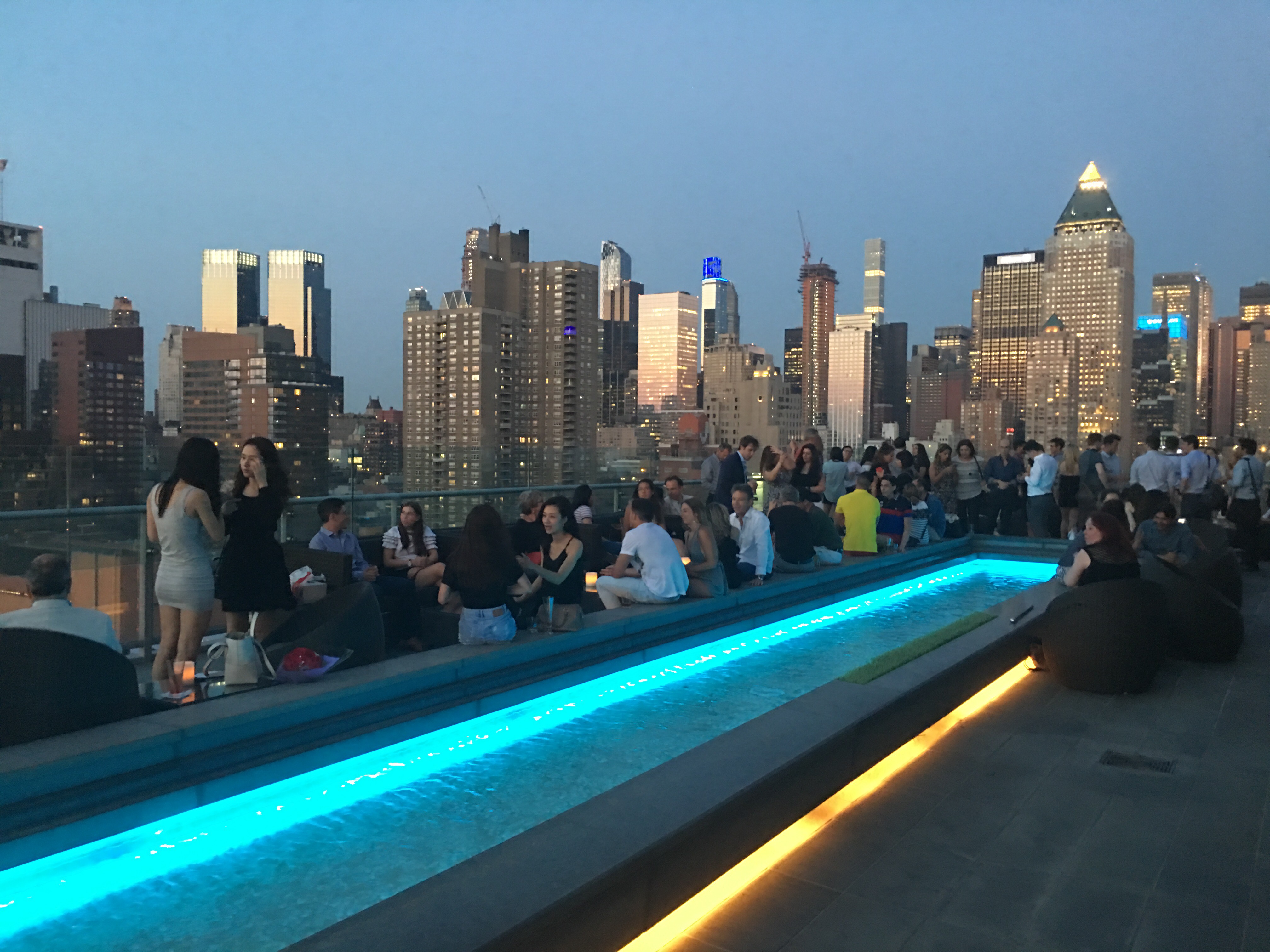 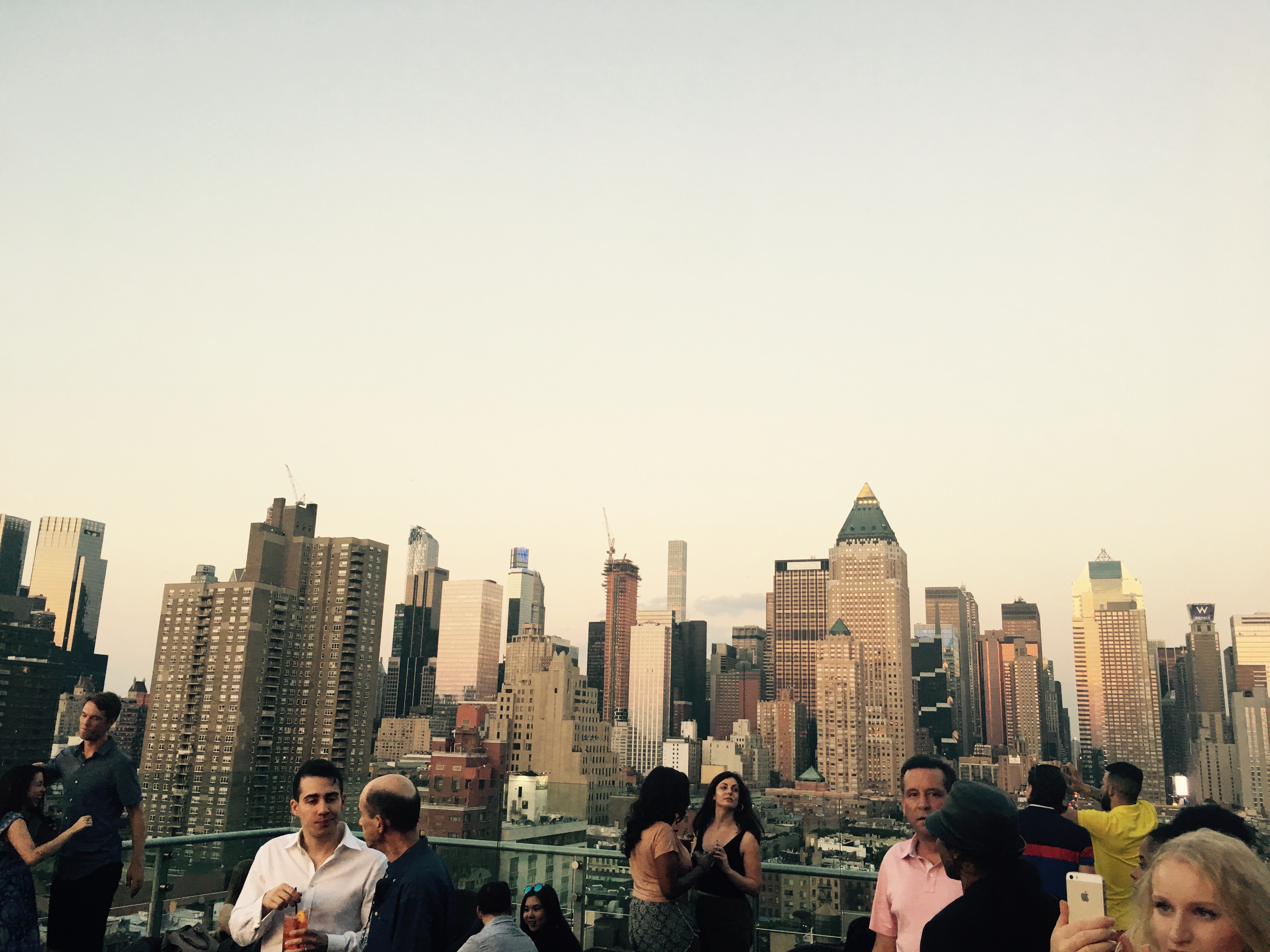 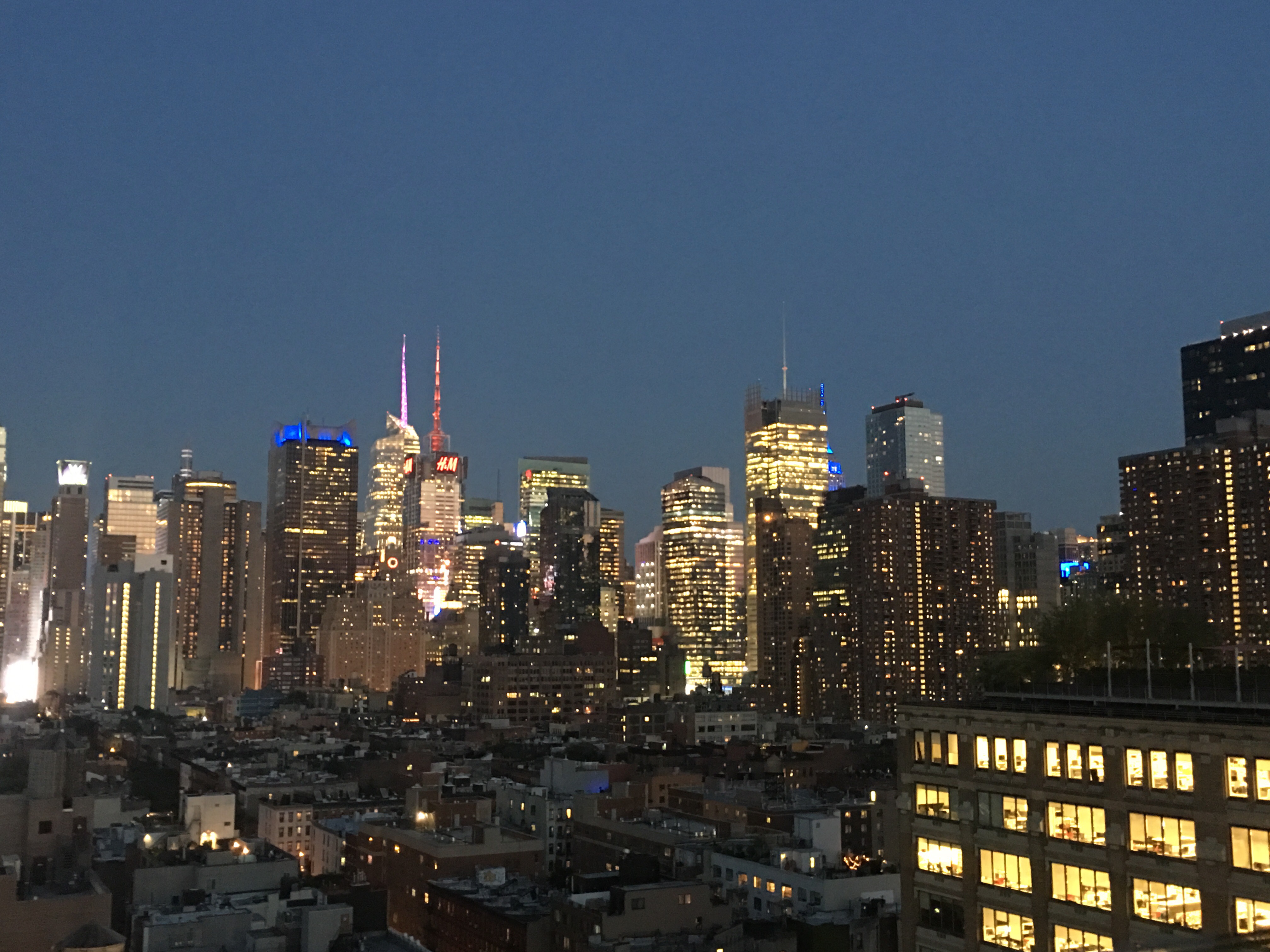 However, f you feel cheated by skipping Empire State or Top of the Rock, you can of course go, especially if it’s your first time in the city!  Remember you don’t need to go to both since the experience is the same. The hard part is choosing between the two. Empire State is classic but what you’ll miss seeing once you’re on top is Empire State Building itself (ah, duh, you’re on it lol!).

The advantage of going to Top of the Rock is you’ll get a magnificent photo of the Empire State Building. But if you are a hard core tourist, by all means, go to both. By the way, the Top of the Rock is in Rockefeller Center and this means you are in one of the must-visit places in New York City.

Another way to see the Statue of Liberty is by walking across the Brooklyn Bridge, one of the classic New York experiences. It also  offers a magical view of Lower Manhattan. But the downside of this is she will be too tiny to  show up in the pictures (but if you have those professional cameras you might be able to get a better picture than my iPhone).

The City of New York is an important center for the arts, music, film, and theater. Visitors flock to Times Square to watch some of the current broadway shows but tickets can get really expensive. If they are way off your budget, you might want to consider going to a live show taping and be a part of the studio audience for free!

One of the highlights of my recent trip to New York City was going to The Daily Show with Trevor Noah as part of the live studio audience. Although this takes planning at least a couple of months ahead. I googled, “how to get tickets to The Daily Show,” and I was directed to ShowClix. Click on the date you plan to go and it should indicate if there are still available slots for that day.

Be aware that there are two types of General Admission TIckets:

You will mostly get the second type (general entry not guaranteed). This is a first come basis. People usually start lining up by 1:00pm (I arrived at around noon but noticed no one has lined up yet so I went to get lunch but when I came back there were already about 6 people in front of me). There’s also a Subway right next to the studio where you can eat while waiting for people to start showing up (but I didn’t because I can’t get myself to eat at Subway in NYC 😊). There were also two lines being formed so make sure you are in the correct line (non guaranteed) to avoid wasting time.

They have a limited number of guaranteed seats and after everyone shows up with guaranteed tickets, then they start letting those who are in the first-come basis (capacity is 200 pax I believe). I must warn you that this is a very long process, taking almost half a day, but worth it if you have the time to spare. The couple ahead of me in the line had to take a day off from work (their apartment was right next to the studio) just so they can attend the show. This is not just for tourists but for locals as well.

After about 4 hours of patiently waiting  on a hot summer day, I was inside the studio by 6pm. The actual taping with Trevor Noah was rather quick (about 30-40 min) and he did it all in one take. Initially, a comedian warms up the audience for a good 15 minutes then Trevor Noah shows up and takes three questions from the audience. If you are a big fan of the host like me (Trevor Noah is my newest celebrity crush), then this experience is worth it in spite of the long wait. One of the benefits is you get to meet tourists and locals alike while you’re in line. And after all those hours spent talking to them, you would’ve already heard half of their life stories! 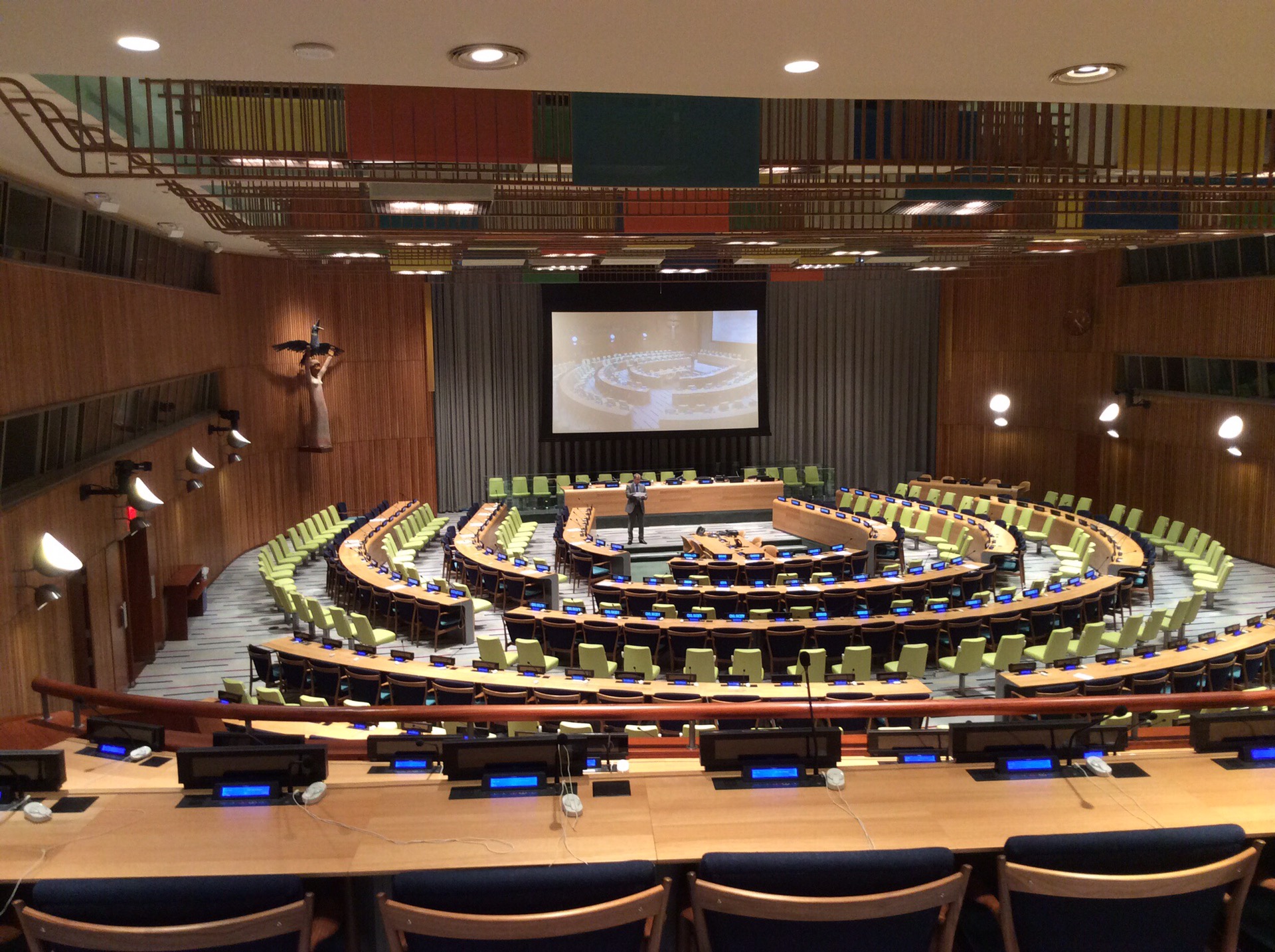 One of the tours I’ve enjoyed immensely was to the  United Nations.. I did this twice, first time in 2013, and went back for the second time in 2014 to include a lunch at the Delegates Dining Room, something that was way out of my budget but totally worth it. The visitors to the United Nations come from all over the world which makes it even much more interesting. If I had a choice between going to a museum or a UN tour, I would very much choose the latter (I could skip all the museums in New York with the exception of Metropolitan Museum of Arts). Every major city has a museum but there is only one United Nations headquarter in the United States—in New York City. 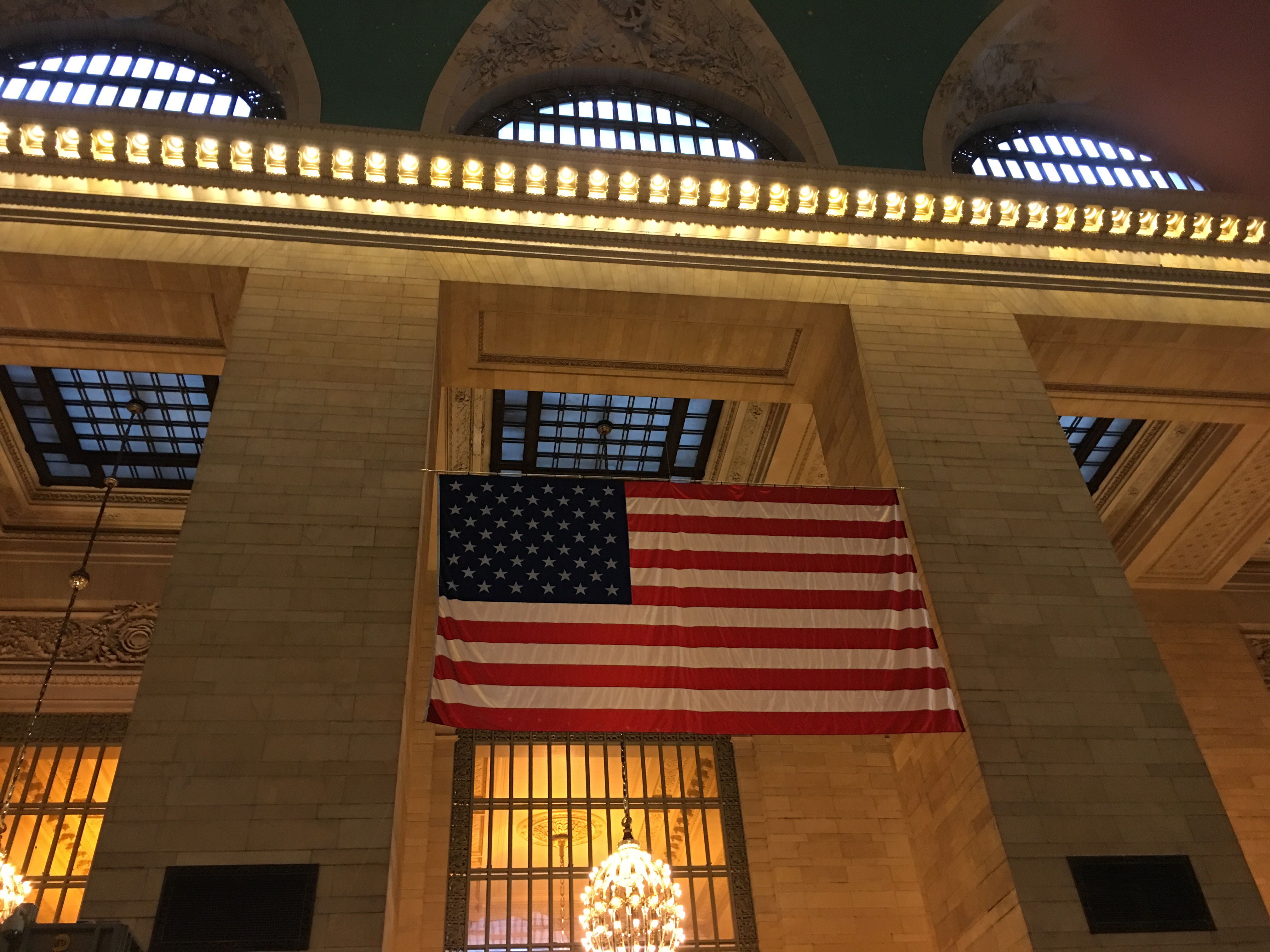 This is perhaps one of the most beautiful stations I’ve been to, everything is a work of art—from the two grand staircases, both inspired by Paris, to the 14 foot clock, world’s largest example of a Tiffany glass. Grand Central has always been a place for more than just trains, or a terminal, but also a place of shopping, entertainment, and dining all in one roof (68 shops and 35 dining options, and also the location of one of the classic and most famous restaurants in New York, The Oyster Bar). So remember to take your time when you’re here and enjoy the details (despite the massive crowd).

People will either love or hate New York, but guaranteed, there’s no city quite like it! It’s diverse, energetic, eclectic, vibrant, and  full of character! Each time I go back, there’s always something new to explore, a new restaurant to try,  or a new show to watch. You will never run out of things to do. Keep in mind this is the city that never sleeps and neither should you!  😁

7 thoughts on “The not-so-touristy New York ”