I haven’t worn my hiking boots in a long time. I think the last time I wore them was when I was back here in California hiking at Point Reyes National Seashore. I’m always excited to put them on, thinking of the good times I’ve had on the trails, and hoping for more memorable hiking adventures in the future. It’s a different kind of high when I wear my hiking gears—the joy I feel when I’m outdoors is unparalleled. Fashionistas may disagree but in my opinion, the best OOTD (outfit of the day) is always paired with hiking boots. 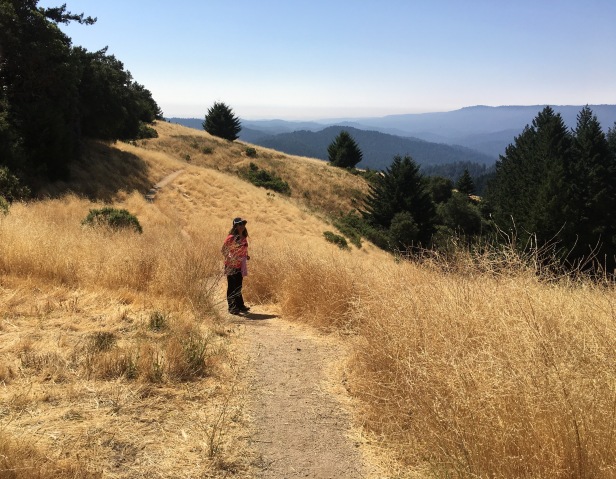 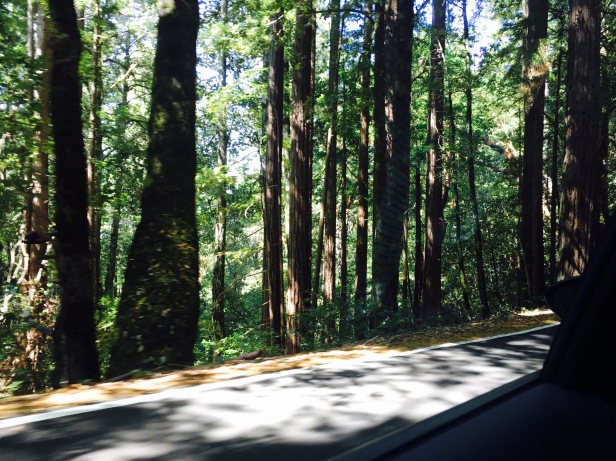 My cousin, who is my hiking buddy when I visit California, and I planned to go to Big Basin Redwoods State Park. We tried going there once before but it was closed due to constructions (or something like that) so we ended up hiking at Castle Rock. The drive to Big Basin made me queasy, zig-zagging the narrow two-lane road highway. We also didn’t anticipate a traffic jam on our way up and were surprised to find ourselves in a complete stop. The drivers of about a dozen cars ahead of us were getting out of their vehicles and we wondered why they were taking photos (and selfies) of each other. Then we quickly realized they were all driving high end sport cars (think: Porsches, Ferraris, Bentleys)! Wow what a bunch of spoiled young men in their hundred thousand dollar cars who held up traffic just so they can take selfies of themselves. 🙄 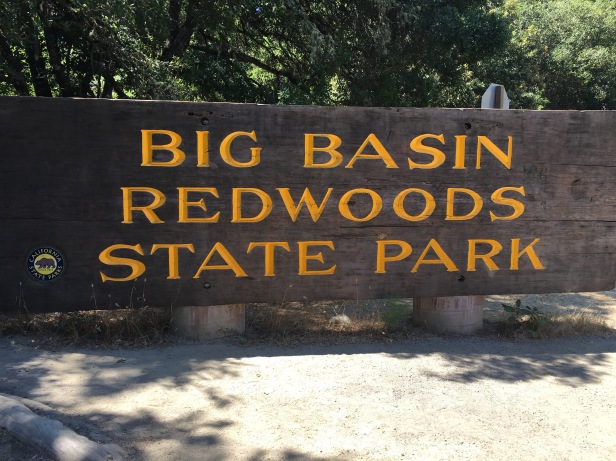 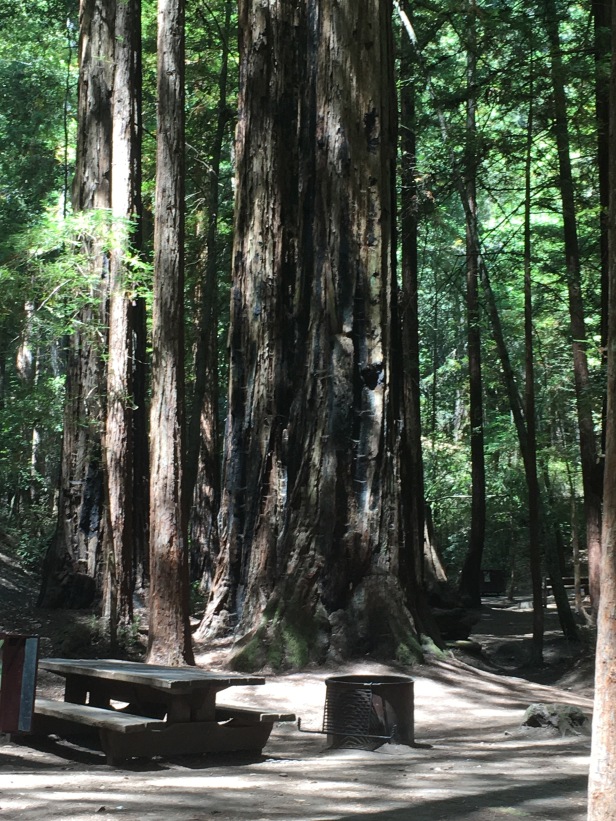 We arrived at the Big Basin later than we had planned. Finding for a parking space was horrendous (the park was really crowded with tourists and locals alike). I noticed that there were a lot of tables for day picnickers and campgrounds for families who want to escape from civilization for a night or two (the park has no internet service and nowadays it is truly a sacrifice not to be able to use the internet…😂). 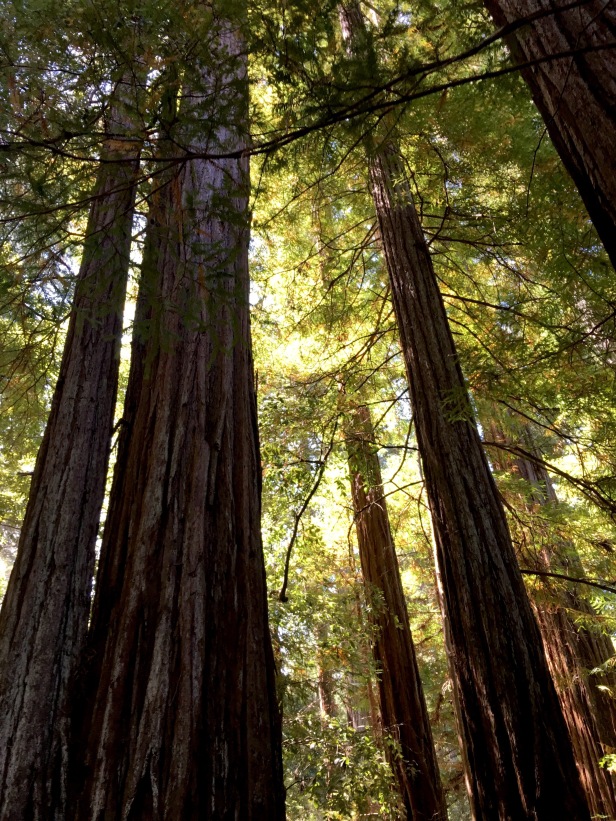 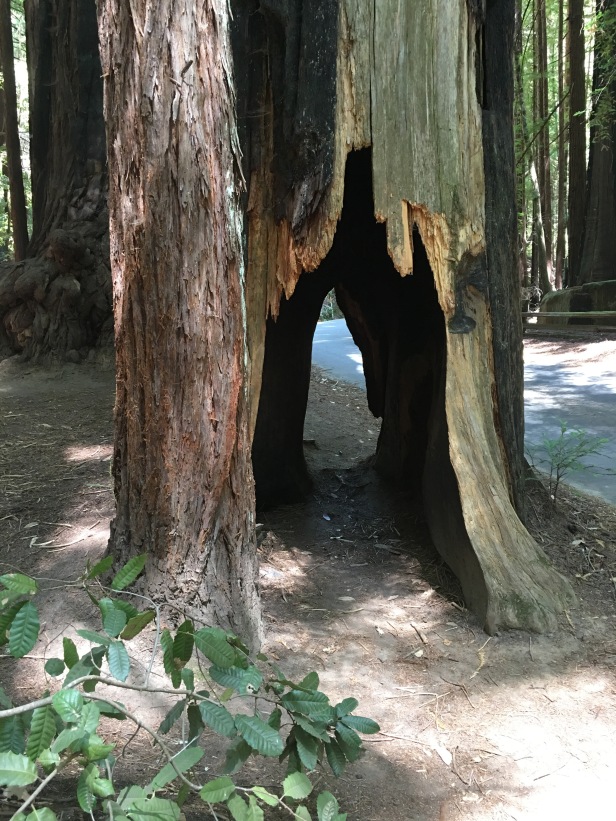 Our goal was to see at least one waterfall. According to the information center, there are several waterfalls in the area but the best one was the farthest. Since my mom and my cousin’s husband came with us but do not hike, we didn’t want them waiting for us for a long time so we settled for the nearest waterfall. 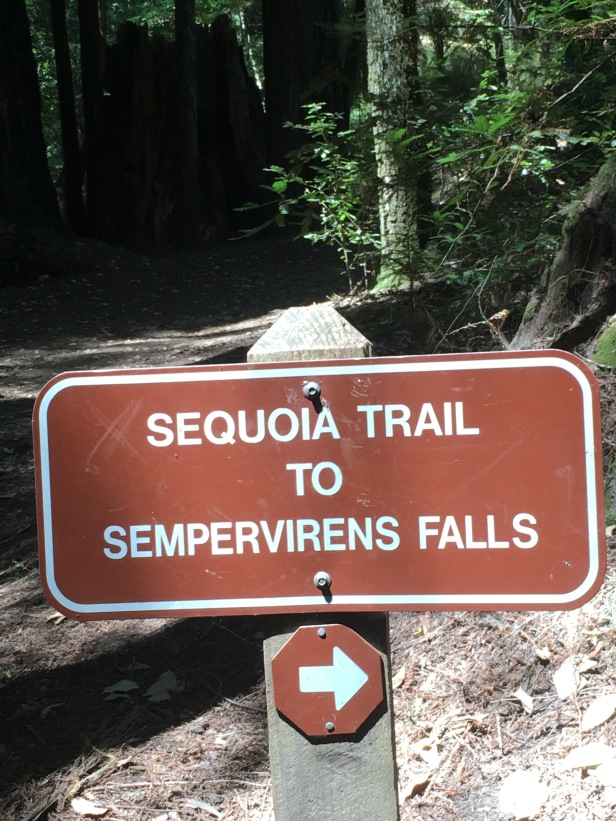 It was a two mile hike to reach  Senpervirens Falls. While on the trail, I noticed the hikers were mostly Caucasians. I then remembered a podcast I listened to from Code Switch that my older son had shown me a couple of years ago regarding race and their relationship to the outdoors. (Code Switch Team is a team of journalists who mainly discuss race, ethnicity, and culture). According to the director of the NPS (National Park Service), there’s hardly any diversity in hiking, and when breaking down the numbers, the demographics for their staff mirror the demographics of the visitors, as well as volunteers: 80% whites, 5-6% Hispanics and Blacks, and 2% Asians. 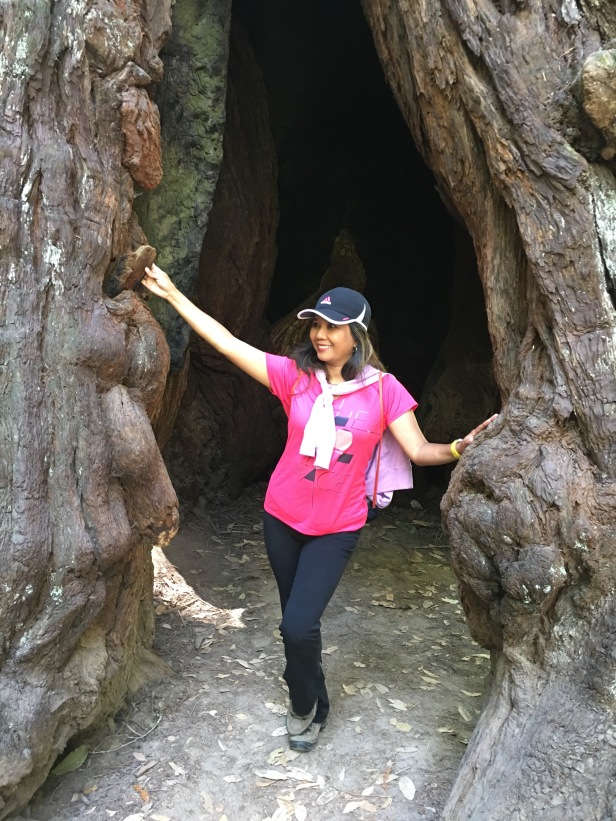 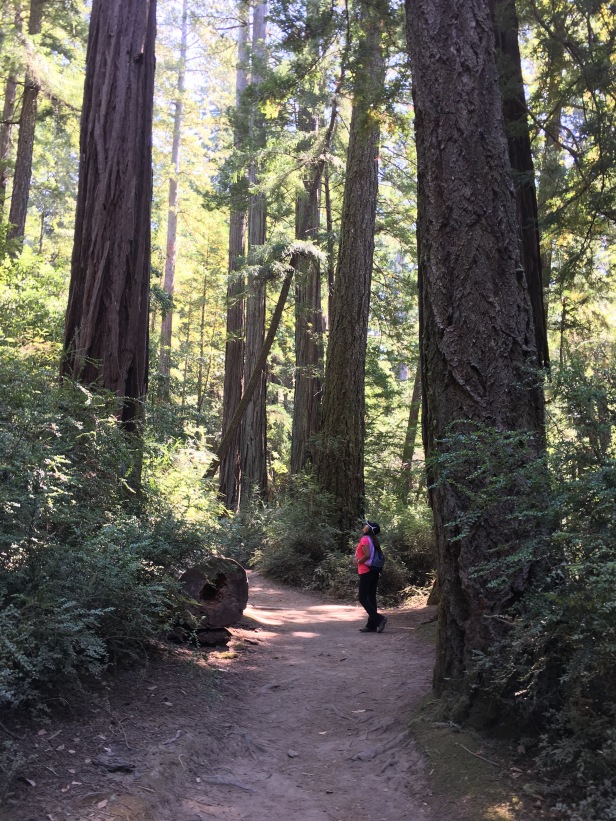 The stereotype why black people do not hike traces back from slavery all the way to the Jim Crow period. Black people were forced to work outdoors, tending to fields and livestock. And if they ran away, the woods is where they were tracked down. They were lynched. They went missing. They were murdered. Thus the woods became associated with fear of white violence. And this all affects the way that some black people still think of the outdoors. 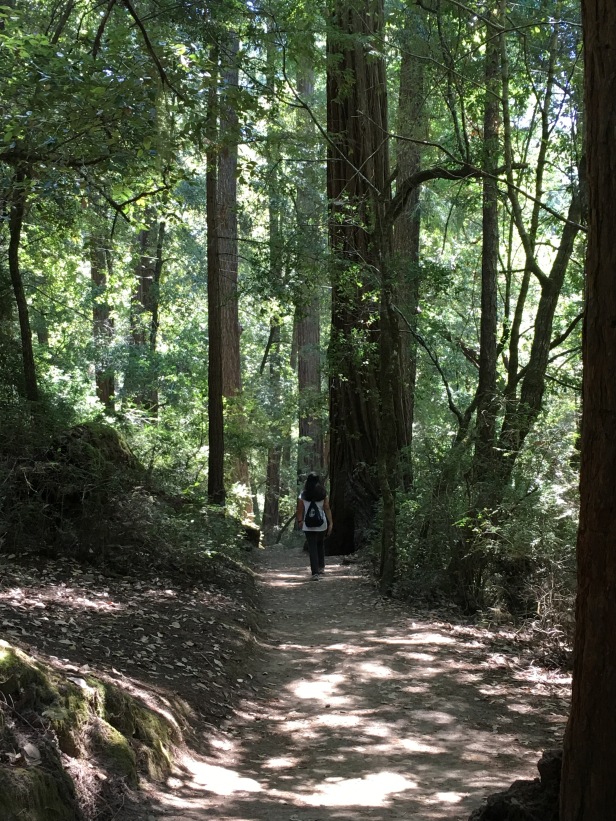 Korean-Americans defy the stereotype that only white people hike. In the mountains of Los Angeles, most of the hikers are Koreans, all decked-out with sun visors and, long sleeves (the adversity to the sun for the fear of getting a darker skin among Asians and brown people is a whole new topic). South Korea is a mountainous country, therefore, hiking is a big part of their culture, and has become their national pastime. So when South Koreans emigrated to the United States, they brought hiking with them making nature as their solace in their very different newly adopted country. 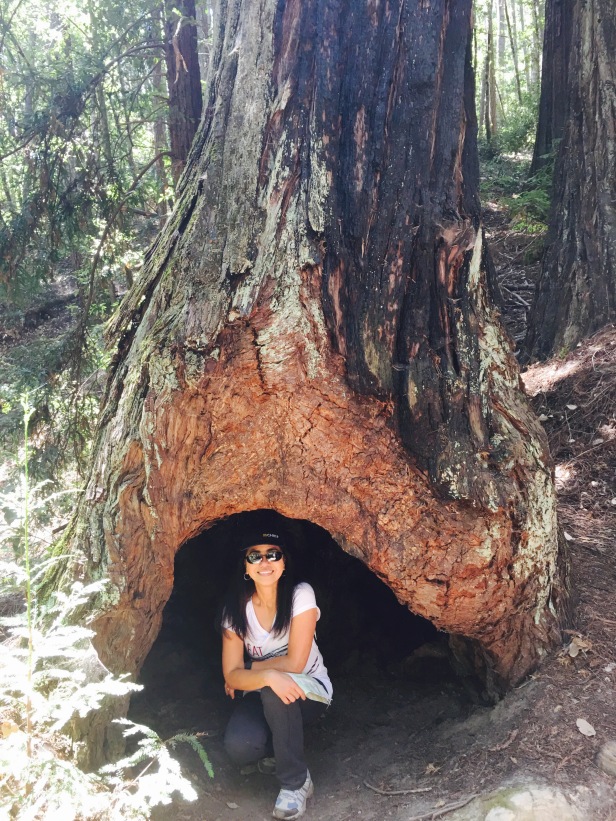 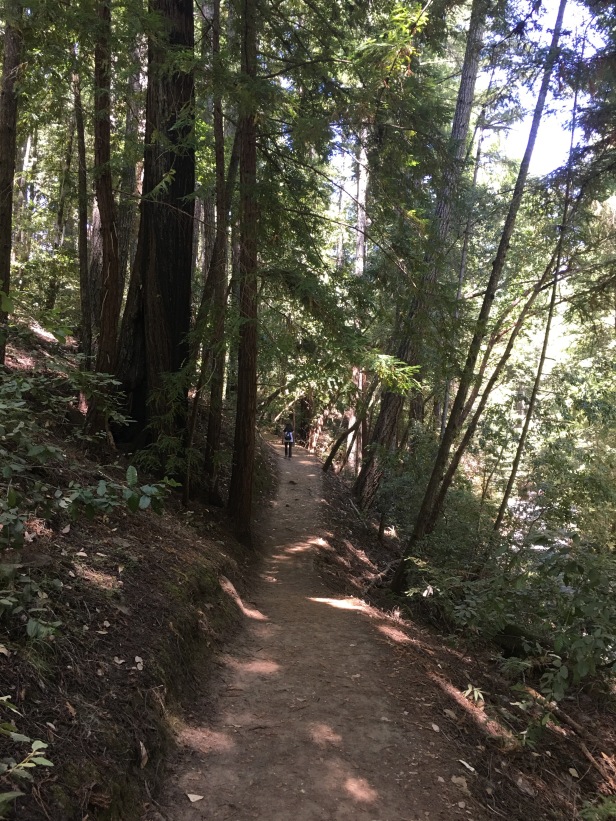 On the same day of our hike, white supremacists were protesting in Charlottesville, West Virginia. Many Americans are still shocked that in 2017, they are still dealing with this shit! Sadly, this country has been in denial about racism and now everyone’s so shocked to see a blatant racist occupying the White House. White supremacists have been silenced for decades and this newly elected president have given their voice back.  Americans must again face reality, a reality everyone has denied, buried, and stopped talking about. Unfortunately, racism still exists! How to deal with (or fix) it is a complicated story. 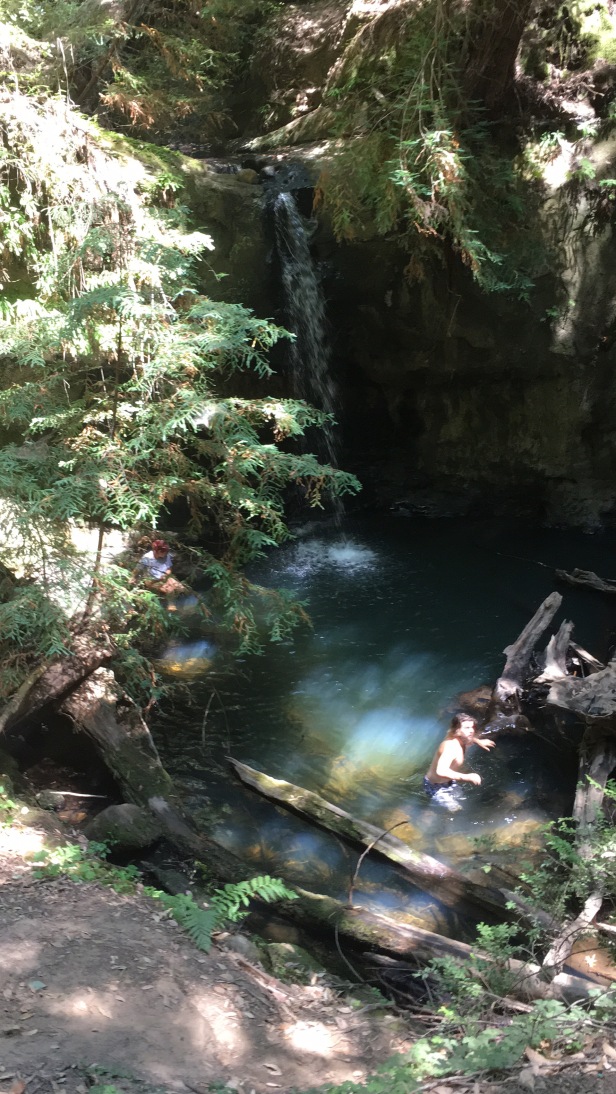 Less than an hour into the hike, we reached the Sempervirens Falls. The waterfall was underwhelming, and I would’ve preferred to hike farther to see a more exciting one, if only my mom and my cousin’s husband weren’t waiting. We watched a couple of guys swimming until someone told them a ranger was on his way and they quickly vacated the area and disappeared. We decided to head back where my cousin’s husband and my mom were patiently waiting for us and ended our hike with a sumptuous picnic. 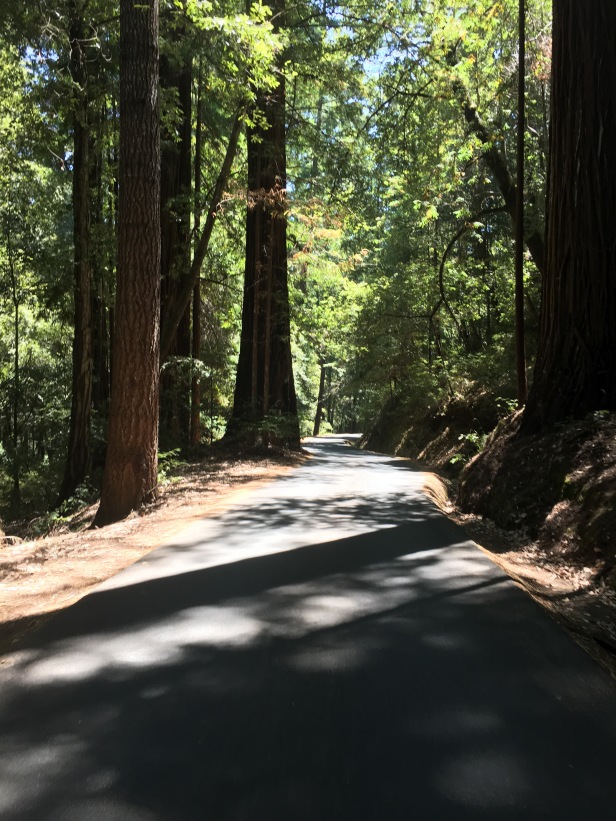 15 thoughts on “Thoughts on race and their relationship to the outdoors while hiking at Big Basin Redwoods State Park, California ”