My son is currently on a study abroad at Oxford University for two quarters. Oxford seems like one of those dreamy universities that only exists in the movies and if you told me a few years ago that my son would be attending classes there (even if he was only an exchange student), I would have laughed and wouldn’t believe you.

I decided to leave a day earlier because Oxford is preparing for a spring break and things will be closed around the university on the day I was originally going to arrive. Everything worked out with my flight arrangements in spite of going on standby. But before the plane could take off, there were a few obstacles. First, there was a slight maintenance issue, and then the captain announced he can’t legally fly the plane because it would put him over 12 hours of working that day. We waited if they could find a replacement and fortunately someone was available. We finally took off around 7:30 pm (not too bad since we were only delayed for 1:40 hours). During the dinner service, a man was walking wobbly past me and slammed his body towards the wall and fell by the exit door. I saw him grabbed the lever and I immediately yelled not to touch it for the fear of blowing the slide from an altitude of 35,000 feet. Everyone was panicked around me and I almost shit my pants thinking he was drunk and might do something stupid. Turned out he had low blood sugar level and became dizzy hence the fall. The 8 1/2 hour flight time seemed like it went by fast but being in coach is never a pleasant experience regardless of the length of the flight.

The immigration line took forever! There must’ve been only two officers working in spite of the thousands of arriving passengers. After leaving the customs area, I followed the signs to the terminal bus station. It’s just the most confusing thing where I enter a glass building, then take the elevator down, walk in a long tunnel, then take the lift back up again. I also got ripped off exchanging money at the airport. I only got £52 for my $100, and £24 went to the cost of my bus ride to Oxford! In only a few minutes, half of my money was gone! 😂 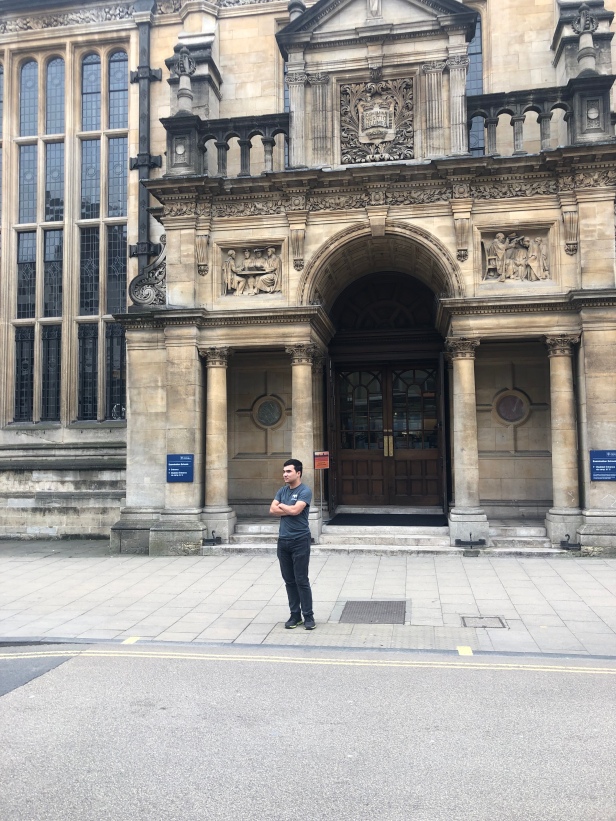 My son met me close to where the bus drop off (at Queens Lane). Oxford surely doesn’t look anything like London. It’s very quaint and expectedly has a vibrant university feel. He showed me where he lives, the Stanford house (where Stanford students on study abroad at Oxford live). 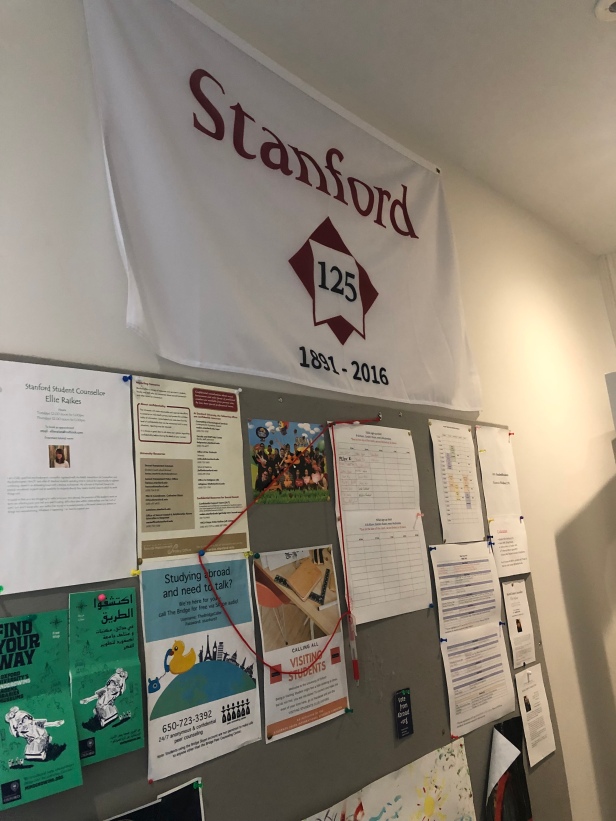 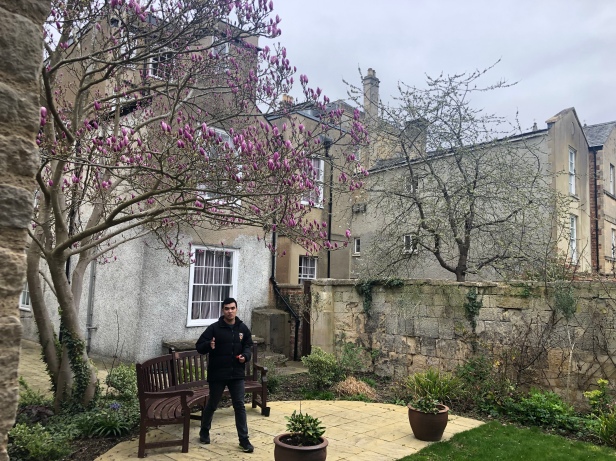 He toured me around Brasenose College, one of the colleges in Oxford University, where he did his classes. 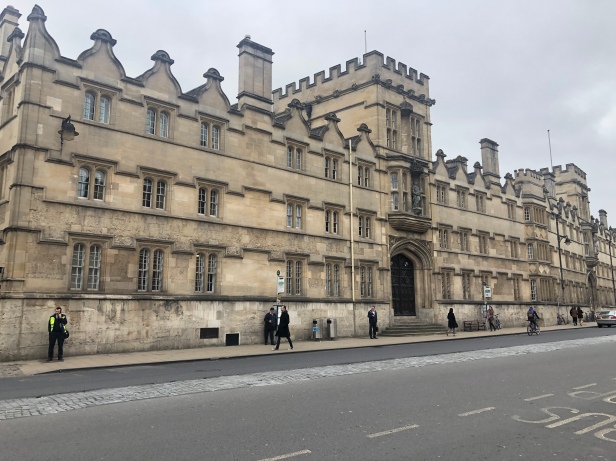 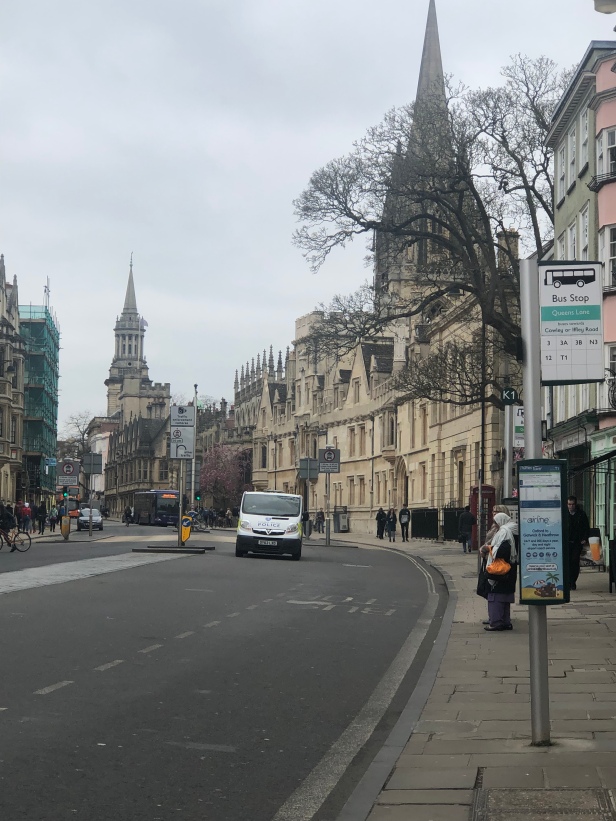 **Fun fact: do you know that there are 38 colleges within Oxford University? 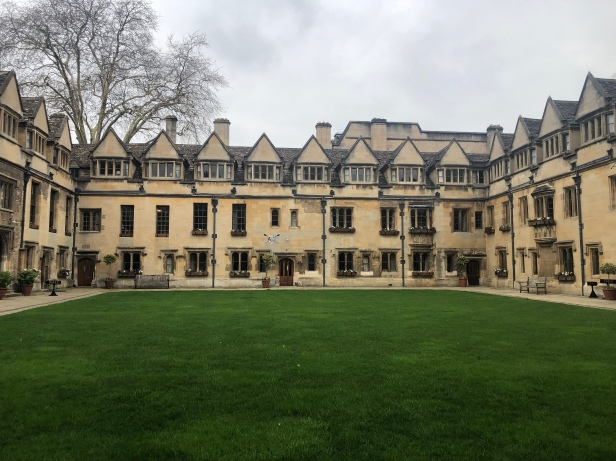 I haven’t really seen the other bigger colleges yet but I was already falling in love with Brasenose. He showed me all the places inside—the pub, the dining room where all the formal dinners were held, etc. but some of them were already closed.

On the way to Brasenose College, we passed by what everyone refers to as the C.S. Lewis door 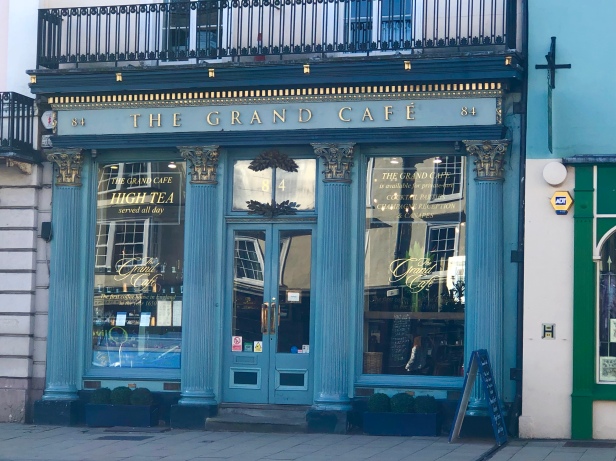 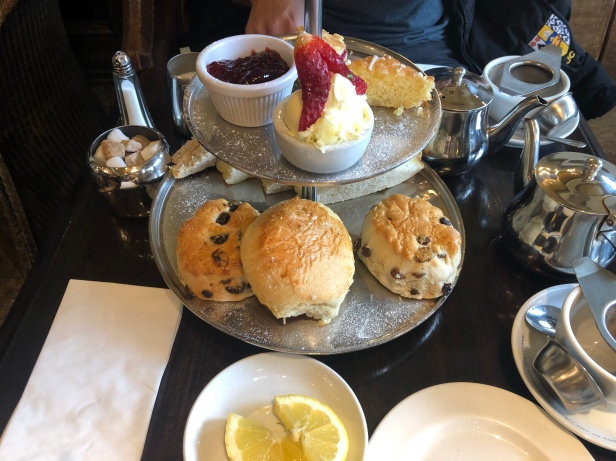 Following a British tradition, it was time for us to have our afternoon tea. We went to The Grand Cafe, one of the oldest cafes in Oxford. I chose one that included salmon and tuna sandwiches and scones. But ever since I had my afternoon tea at Harrod’s, I really couldn’t enjoy this one as much. I remember the scones at Harrod’s were to die for. I’m almost tempted to go to London just for that lol! My son told me I can’t go all the way to London just to have an afternoon tea but I reminded him I flew all the way from Dallas to London a couple of years back just to do that! 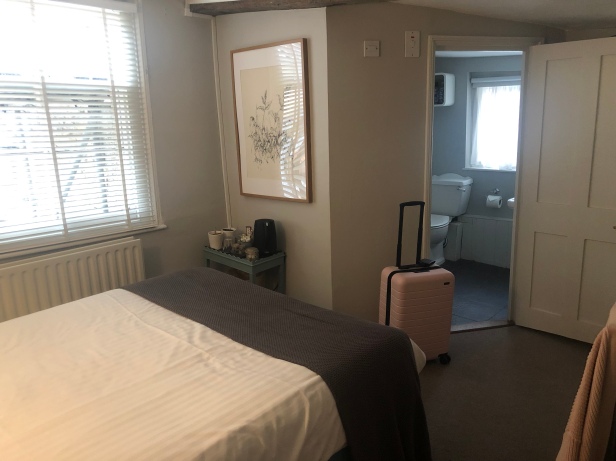 I went back to my hotel, the Tower Guest House (that’s situated on a 17th century old building), to get a few hours of sleep. We planned on going to Turf Tavern later in the evening for dinner. Turf Tavern is a historical pub, known for their famous patrons in the past including former US president Bill Clinton. As a Rhodes Scholar at Oxford, rumor has it that it was in this tavern where he smoked but did not inhale. 😜

One can’t visit the UK without having fish and chips. The only problem is I haven’t had great fish and chips yet with the few times I’ve been to England. And fish and chips at Turf Tavern was another disappointment. I’m not sure what it is but something was just lacking in taste.

Walking back towards the hotel, the night seemed silent. My son pointed to me the Bridge of Sighs, a skyway that connects two colleges, also a city landmark.

I was very tired from all the walking and touring that day! But there’s so much more to see and do and I can’t wait for tomorrow. Retreating to my comfortable bed at my hotel, I thought that it is surreal to be with my son in one of the oldest universities in the world!